The Most Popular Countries For Business School Candidates In 2019

Find out where in the world MBA and masters students want to study, and why 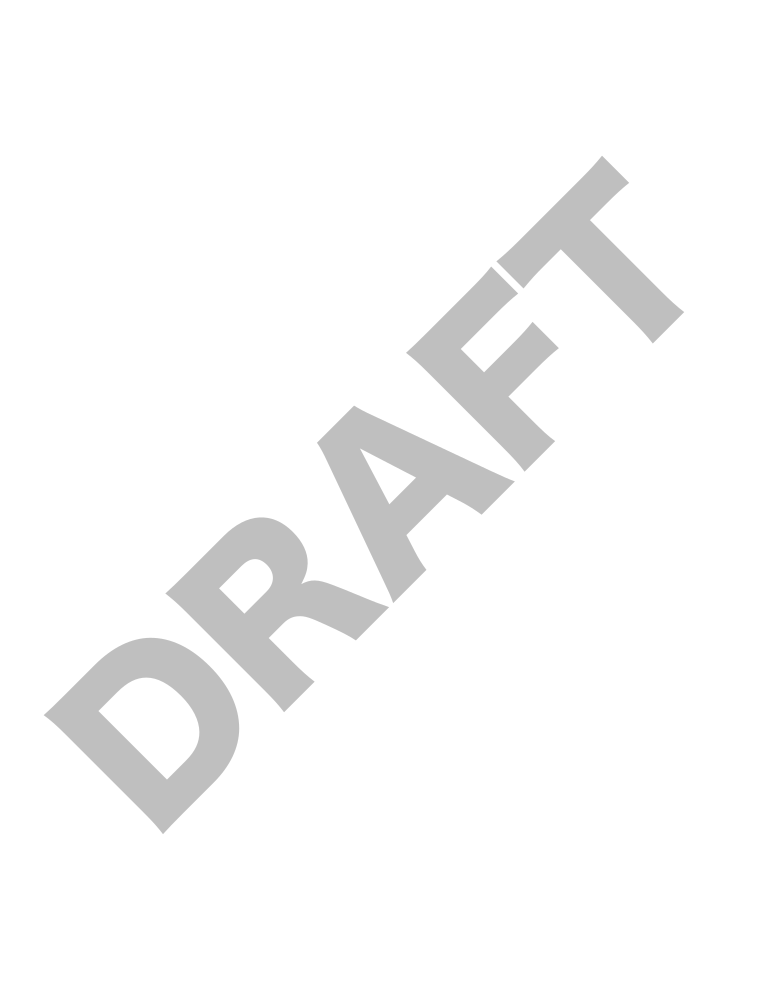 ©viewapart—Check out the top countries by program, candidate citizenship & millennials vs Gen Z

Applying to business school abroad is no easy feat. It used to be all about studying in the United States. Now, the market is crowded.

Countries across the world have seen a growth in interest from candidates as business schools go global and offer exciting new program options for MBA and masters students.

In The Most Attractive Countries For Business School Candidates In 2019, we highlight the 25 countries which command the biggest share of the global market for graduate management education, according to business school candidates. (?)

We show which countries have seen the biggest increases in market share; and the biggest drops.

We break down the data by type of program and citizenship of the candidate. We speak to international students to find out the pros and cons of studying in their country of choice. And we report on the preferred study destinations of Generation Z, a new generation of candidates disrupting the industry.

We’ve put this report together with our partners at the Graduate Management Admission Council (GMAC), based on a survey of 9,617 prospective business school students conducted between January and December 2018

Read on or skip to your section of interest by clicking one of the links below:

Most attractive countries by program

Most attractive countries by citizenship

BusinessBecause takeaway—Where should you study?

The popularity of the US as a study destination has plummeted by 15.8% in the last 10 years and 7.6% in the last five, as the global market has become more competitive. Tight visa laws and, more recently, an explosive political climate have also deterred internationals from studying in the US.

Elsewhere, Singapore, India, and Hong Kong feature in the top 10. Despite their status as the world’s leading emerging economies, India and China have seen their market share decline.

Many Chinese and Indian students study abroad, making up the majority of international students in business schools across the US and Europe, while most Westerners are not yet ready to study in emerging markets.

If you’re considering an alternative business school destination, you might look to Portugal, with its rising tech scene, Ireland, a European alternative to the UK, or Scandinavia.

Check out: The Top 10 Most Attractive Countries For Business School Candidates In 2019

We give you a detailed report on the top 10. And for each country, an international business school student explains why they’re studying there in their own video blog.

The US is still the market leader across graduate management programs. However, the share of the market differs hugely when broken down by program

For the two-year MBA, the US still reigns supreme despite falling application numbers, with 64.8% of the global market share. Canada (8.3%) and the UK (6.2%) round up the top three.

When it comes to masters programs, the market is more diverse. The US holds 28.9% of the global market share for Master’s in Management (MiM) programs; a much smaller portion of the pie. Alongside Canada and the UK, France, Germany, and the Netherlands are popular countries for MiM candidates.

The UK is the second most popular destination for Master’s in Finance (MiF) and Master’s in Data Analytics candidates after the US.

While India holds 2.1% of the global market for two-year MBAs and 2.4% for one-year MBAs, it holds 0.7% of the market for MiMs, with India’s MBA colleges traditionally aimed at pre-experience students.

Consequently, while India ranks in the top six most attractive countries in the world for MBA programs and 10th for Masters in Data Analytics, it comes outside the top 10 for MiMs and MiFs.

Aside from Singapore, Asia tends to be less attractive for business masters candidates, with many programs in China and Hong Kong still in their infancy.

Candidates’ study preferences differ depending on where they’re from.

While US government policy is less welcoming to internationals than it has been in the past, the US remains the most attractive country for the majority of business school candidates worldwide.

This does include citizens from the UK. However, the UK is also the second most attractive destination for Americans, Chinese and Southeast Asians, and Latin Americans.

After the US, Americans want to study in Western Europe and Canada. Italy and Spain are popular destinations for Americans.

Currently, few non-Africans are prepared to study in African countries like South Africa and Nigeria. As well as North America and Western Europe, Chinese and Southeast Asians prefer studying in Hong Kong and Singapore to studying in China.

In fact, China and Hong Kong have some way to go to becoming top destinations for international business school candidates, only ranking in the top 10 (in seventh and third respectively) for candidates from China and Southeast Asia.

India ranks third for candidates from India and Central/South Asia, but 23rd or lower for all other citizenships.

You’d be hard pressed to find an African business school candidate interested in studying in Portugal (the lowest ranked country by African candidates’ preferences), or a Chinese, Indian, Latin American, or Western European candidate in Nigeria.

Americans are less likely to study in Africa or Scandinavia than any of their counterparts.

A generational tidal wave is sweeping over graduate management education.

While the US has long been the most attractive country for business school candidates, we predict the US to continue to lose market share in the coming years. This change will be driven by Generation Z.

Gen Z are ready to study in more diverse countries, while millennials have a stronger preference for English-speaking countries. Gen Z are more likely to study in Europe (in the UK, France, and Germany), although Canada is preferred by millennials.

Countries benefiting from generational change include Hong Kong—ranked the 13th most attractive country in the world by millennials but seventh by Gen Z—and Italy, ranked 14th by millennials and ninth by Gen Z.

Gen Z are marginally less likely to study in countries like Singapore, India, Spain, and the Netherlands than millennials, although these are still among the most popular destinations. 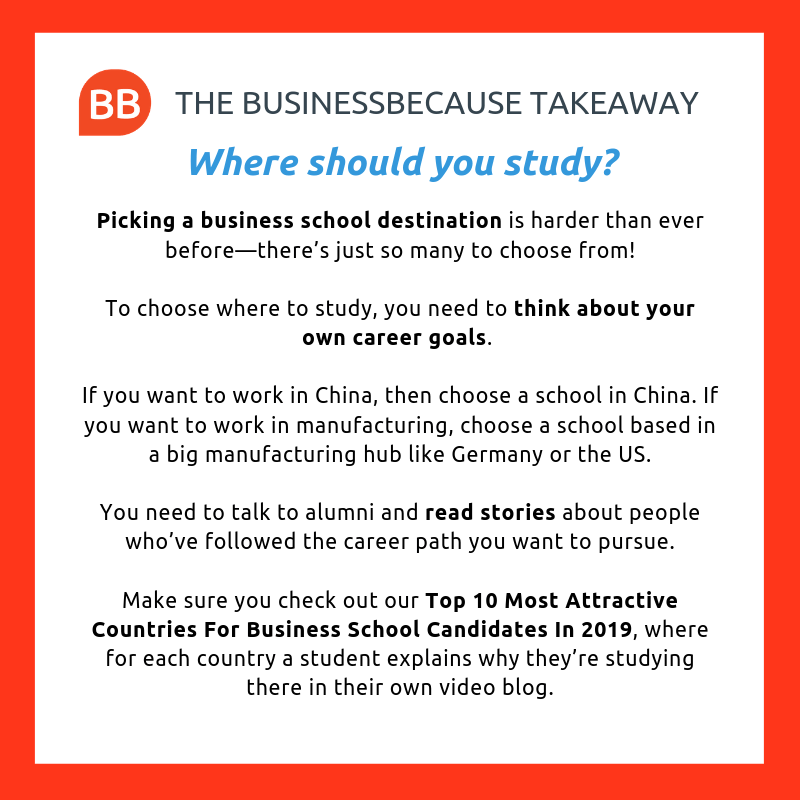 The findings detailed in this report are based on surveys of individuals who registered on mba.com—the GMAC website for prospective graduate business students—and identified their preferred study destination.

The report is based on responses from a total of 9,617 prospective business school students surveyed between January and December 2018.

Data on trends or comparisons to previous years is based on responses from more than 126,000 individuals surveyed between the years 2009 and 2017.

Based on your reading history.

It's free to sign up and for a limited period you can download our Complete Guide to Business School Applications.